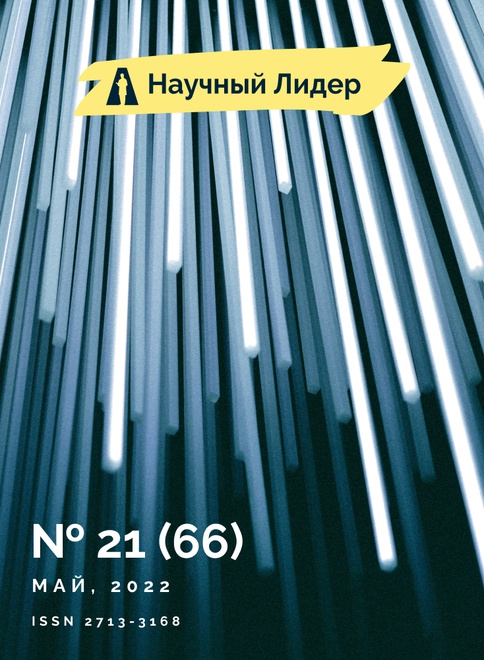 The theme of the Motherland is not new for Russian literature. It passes through the centuries, from one literary epoch to another. From the Old Russian period to the beginning of the Silver Age, the image of the Motherland contained the maternal principle. In the Silver Age, this image was transformed, and the Motherland contained the features of a wife, a beloved woman, dating back to a single feminine, principle, - Sofia (V. Soloviev, and then A. Blok). The topic of the Motherland in the Russian historical and literary process was covered in their textbooks by the following philologists: N.K. Gudziy [3], A.G. Sokolov [5], Gleb Struve [6], and etc. We believe that variations of this theme are relevant in the novel by E. Limonov's «A Foreigner in a time of Troubles», we are interested in this question due to its proximity to our time.

Eduard Veniaminovich Savenko (Limonov) was born on February 12, 1943, in the city of Dzerzhinsk, Gorky (Nizhny Novgorod) region in the family of «NKVD» officer Veniamin Ivanovich Savenko and factory worker Raisa Fedorovna Zybina. In connection with the profession of Veniamin Ivanovich, the Savenko family moved a lot: Varashilovgrad (now Lugansk), Millerovo, Kamensk, until they settled in Kharkov in 1947. In 1951, they received a separate apartment in the working village of Saltovka (now a district of Kharkov), where they spent their childhood, adolescence, and youth of the writer. In 1958, Limonov began writing poems, and in 1967 he left for Moscow. We can say that he aspired to an interesting life in the «stagnation era», so the avant-garde underground Moscow intelligentsia as a cultural phenomenon of that time was ideally suited for this.

We believe that the novel «A Foreigner in a Time of Troubles» from the original idea can be defined as the fruit of the author's comprehension of the emotions that he experienced when he returned to his homeland after fifteen years of separation.

In the novel, you can single out several motivations for returning to your homeland. Firstly, the invitation of Solenov. This plot technique justifies the presence of the hero on the territory of the USSR – this is an opportunity that coincided with the wishes of the hero. But at the same time, he is not going to stay at home, he says that he would not like to change French citizenship to Soviet, «he does not intend to jump like a frivolous flea, changing citizenship in accordance with today's wind direction.» [4, p. 54]. In addition, there is a more explicit moment in the strong climactic scene where Indiana speaks face to face with her mother for the first time in twenty years: «Don't you want to live in your homeland?» [4, p. 152]. The hero replies: «I'm not used to it, Mom, I'm used to something else. All my interests are there. I'm a stranger here...» [4, p. 152].

The hero for twenty years in exile resigned himself to the fact that he would never see the country in which he was born and grew up, there was no hope for that. The modality of «I want» has subsided. The opportunity to come to the country coincided with the «need» modality. Secondly, the hero wanted to see his old parents. During the years of separation, they did not get younger, and time dictated its own rules: «It is necessary!». In a dialogue with director Vitas, Indiana names the following reasons for returning: «The main goal is to see my parents. Reason number two is curiosity. Reason number three is the urge of nostalgia. There are a dozen more reasons.» [4, p. 40]. These reasons can be designated as auxiliary. In addition, Indiana, understandably, was not completely frank with a stranger. The main purpose of his visit (no less, and maybe more, important than the one named by the hero), the very «need» that prompted him to look for ways to return home – the search for his woman.

Indiana went after his wife, who left for their common Homeland, where she had one of the crises peculiar to her. Here is one of the characteristics that is assigned to her in the novel: «Mademoiselle HYDE (only sometimes the sunny Mademoiselle Jaquille) is heavy and destructive.» [4, p. 18]. It is possible to draw an analogy between the fate (bouts of crisis) and the temper of Madame Hyde and the image of Russia in the early nineties. It is no coincidence that in the text the heroine is repeatedly compared with the image of the Motherland. For example, in the scene where Indiana has an erotic dream involving his wife, he says: «Isn't it the Motherland obediently enjoying itself among the mafias owning it?» [4, p. 35]. We believe that this scene in the novel can be interpreted not only as a comparison of two images on the principle of a crisis situation, but also as a reflection of the ambivalence of the female image, as well as the image of Russia in the novel.

The perception of the Motherland by a hero returned by an emigrant is interesting. Everywhere he sees dirt and ruin. The description of landscapes is dominated by the lexemes «mud», «snow», in addition, the first often appears in the form of «dirty water», mixed with the second «dirty snow». The USSR appears to him as an empire, and he sees it on the verge of collapse. In the epilogue, Indiana tells a fairy tale in which she claims that the Soviet people were once great, but lost their greatness from inaction. Listening to the attacks of the enemies began to think differently. There was a litter in the heads, and from this there was an external decline. For the hero, a great era has gone along with the last strong ruler – the Great Caesar Joseph, simply Joseph Stalin. Meanwhile, the hero says: «[the Great People] did not understand the relationship between force and justice. He began to strive for abstract sterile justice, not realizing that power is the highest justice...» [4, p. 253]. In this philosophy, he sees a bright future in which the Motherland will prosper. From the context, it is clear that the Great Empire needs a new Great leader who will be strong enough to clean up the «snow» (curb nature), «dirt» (defeat the general decline in citizens and around them) and defeat external (direct) opponents. The hero does not imagine himself in such a role. He couldn't cope with his woman, Madame Hyde, but that doesn't mean he's not going to try to fix everything.

It may give the impression that the hero hates his homeland. He does not sing of her beauty after a long separation, on the contrary, he constantly emphasizes that there is a striking contrast to honey with what he left her and what he found on arrival: «Indiana didn't leave this city [Moscow] twenty years ago.» [4, p. 9]. When asked his opinion about his former fellow citizens, the hero replies: «Gloomy and, it seems, unhappy. When I left, they looked much happier.» [4, p. 39]. But Indiana himself, having passed the thorny path of emigration, changed, ceased to be the person who left his country. He hoped that the Motherland, which seems unshakable when you are on its territory, would not change during their separation, but this is not the case. In the preface to the Omsk edition, the author interprets the myth of the Odyssey in his own way, in which the hero changed in his travels, was driven by the dream of Penelope, but when he returned, he discovered her betrayal [4, p. 6]. Here we can trace the motive of conjugating the betrayal of the wife with a certain betrayal of the Motherland to the hero. The betrayal of the Motherland turns out to be a change that contradicts the image that the hero has preserved in memory and to which he has allocated a special meaning in his mind.

If we take into account the feelings described by us, we can understand why the poetics of the novel is permeated with the pathos of negativism. The novel begins with a description of Moscow, where it is characterized as uncomfortable, dirty; where in the landscape outside the window the rays of the sun at dawn are described as a «bloody glow», and the rays of the table lamp in the main character's room are «yellow wet light». Of course, such details are endowed with a negative connotation.

In line with such reflections, the question arises about the attitude of the hero to the Motherland, the people and the beloved woman. The hero realizes that he found them in a difficult time, even identified the reasons for this situation for himself. The hero cares about the welfare of the Motherland, noticing its shortcomings and analyzing ways to return greatness to his country. The hero sincerely wants everything to be fine, wants to see himself in harmony with the surrounding reality, tries to help as much as possible, to get Madame Hyde out of the «alcoholic-nymphomaniac» attack, talks about the need to prevent a crisis in the USSR, but events are inexorable. So, following O.I. Dark [2, pp. 5 – 30.], we can state that the craving for Russia in the protagonist of E. Limonov's novel feels like a kind of «love-hate», the same passionate feeling that incinerates, oppresses, does not allow to live (a vivid example of such feelings is V. Nabokov's poem «To Russia»). It is impossible to get rid of this feeling. Love for the motherland stirs the soul of the hero; he looks with regret at the state of the motherland. And passionate love for the motherland-wife encourages the hero to act; he hates her for what she is, but seeks to save and in this case is in his right, the right of a husband who loves «in spite of». 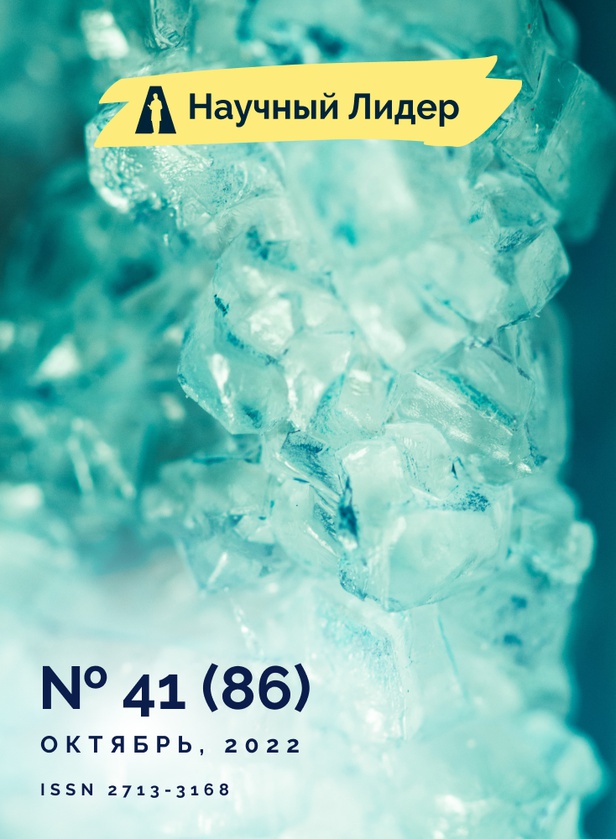